Discover the new book by Filippo Berto, where you will find out:


"Made in Meda: The Future of Design is Already a Thousand Years Old": the new book by Filippo Berto

We have undertaken a long journey of a thousand years in the history of our beloved territory, imagining its future.

From this incredible, unexpected journey, emerged the book: "Made in Meda - The Future of Design is Already a Thousand Years Old".

A story recounting the history and future of design.

A reclaiming of values, of individuality, of the richness and importance of our beloved territory, aspects which are all-too-often forgotten.

An affirmation of the absolute primacy of the city of Meda in the field of global design.


BUY YOUR COPY OF THE MADE IN MEDA BOOK 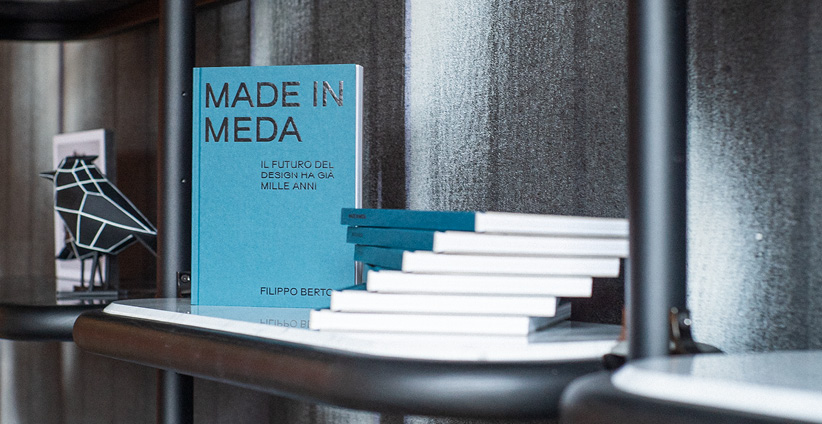 Meda is the world's capital of design

Meda is the world's capital of design and because of this, one of the most important cities in the world.

Our founders, in 1974, decided to construct the pillars of our company in a territory that, for our sector, is a legend: the city of Meda.

According to design texts, Meda is the destination of pilgrimages made by design fanatics from around the world, and has witnessed the emergence of some of the greatest innovations in our sector.

In Italy - unlike other countries in which there was abundant design production during the 1930s and 1940s - architects and designers discovered the furniture industry only in the 1950s, thanks to large companies that reconverted from military to civil production.

Meda was the leader of a new creative and economic culture that could combine elegance, form and style with the needs of the modern family.

We decided to document an important legacy, an historic struggle, a will that came directly from our founders who chose and decided to establish our company precisely here, in the Italian world capital of design. Meda.

We bear its values because others wore them out or ignored them, showed them no interest and did not understand their true importance.

We are the bearers of a flag of rebirth and refounding of this territory, through fundamental values, thanks to which we can promise our clients the creation of the very best of design projects dedicated to their homes.

For this reason we decided to write a book that tells the story of Meda, its history, and its future.


BUY YOUR COPY OF THE MADE IN MEDA BOOK 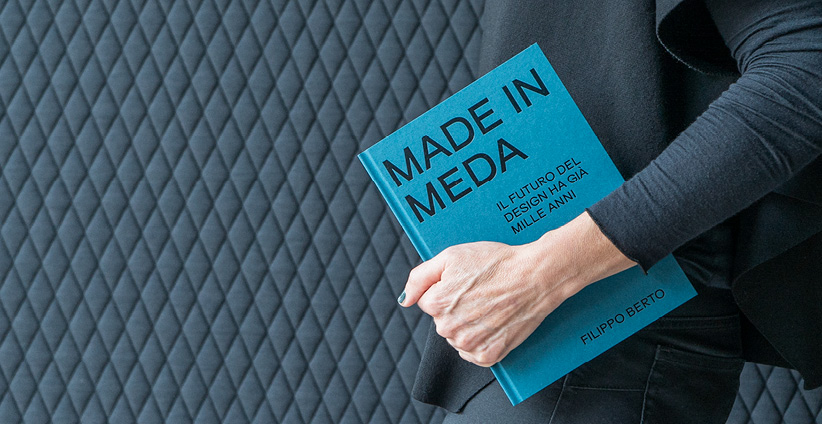 Because I was angry.
Not now, no.

I was angry for a great many reasons, during my long years living and working in Meda.

Basically, I was angry every time I felt we did wrong, seeing how badly we treated ourselves and our talent, seeing how little we would create for the future, throughout all our daily toils.

Today, however, I am happy.

I'm happy because I have managed to make a small step in the opposite direction of this: this book that you have in your hands.

Thank you for your consideration, and for the time that you would wish to dedicate to a different view of my city, that does greater justice to the enormous value that it has always expressed and will always express.

BUY YOUR COPY OF THE MADE IN MEDA BOOK 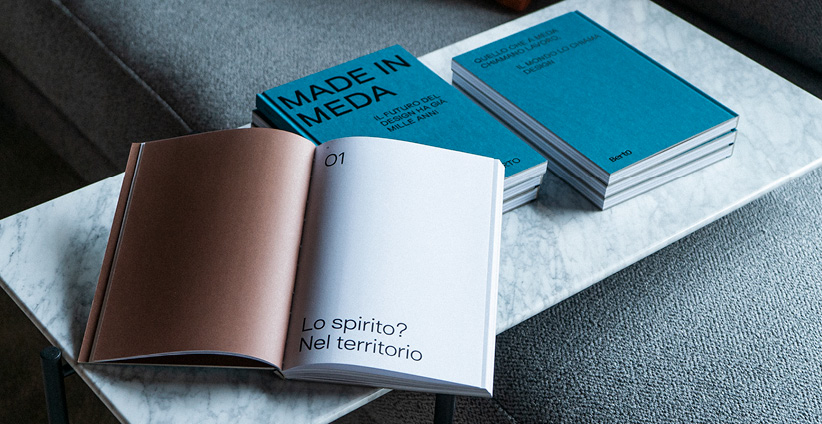 • Preface
• Manifesto
• Spirit?
• On the Territory
• The Historic Studios of Meda
• 195X: Design's Big Bang
• The School of Meda
• Hall of Fame: Leading Figures and the Compasso d'Oro Awards
• Milan and Not Milan
• Backstage
• The BertO Case Study
• The Made in Meda of the Future in Ten Theses
• People of Meda
• Acknowledgements
• Bibliography 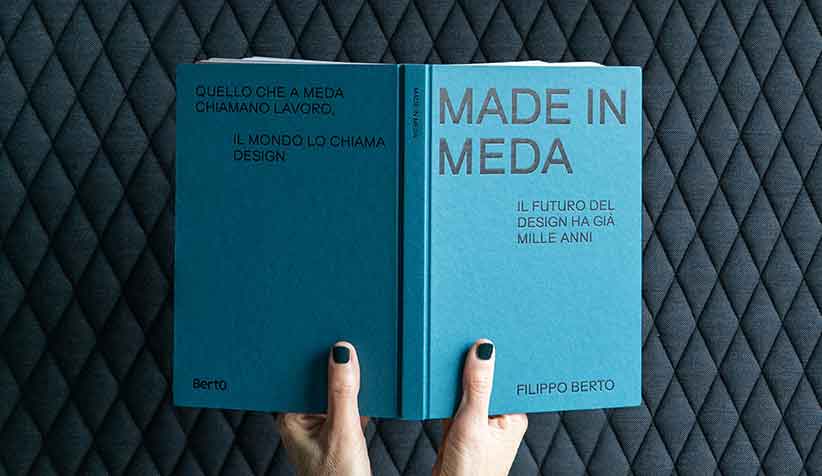 REQUEST YOUR COPY OF THE BOOK "MADE IN MEDA"

Buy your copy of "Made in Meda: The Future of Design is Already a Thousand Years Old" the new book by Filippo Berto. 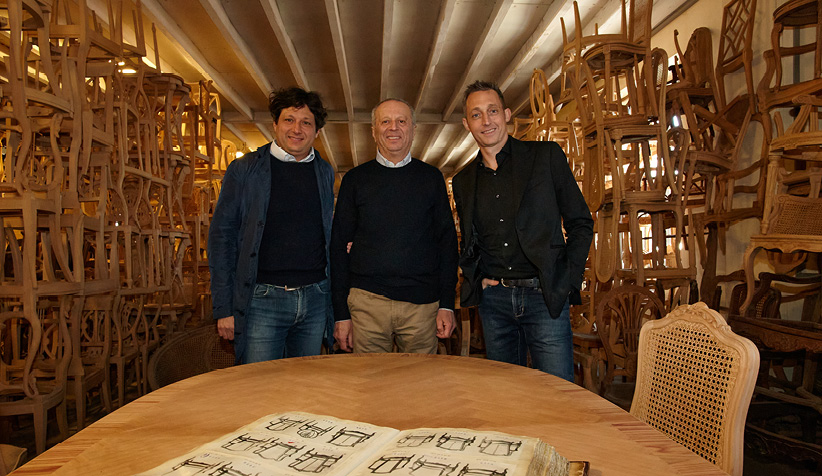 MADE IN MEDA: DISCOVER THE BOOK'S BACKSTAGE

A year of research, meetings and interviews. Hundreds of hours with the cameras rolling. Made in Meda: check out the backstage photos and the protagonists of our book! 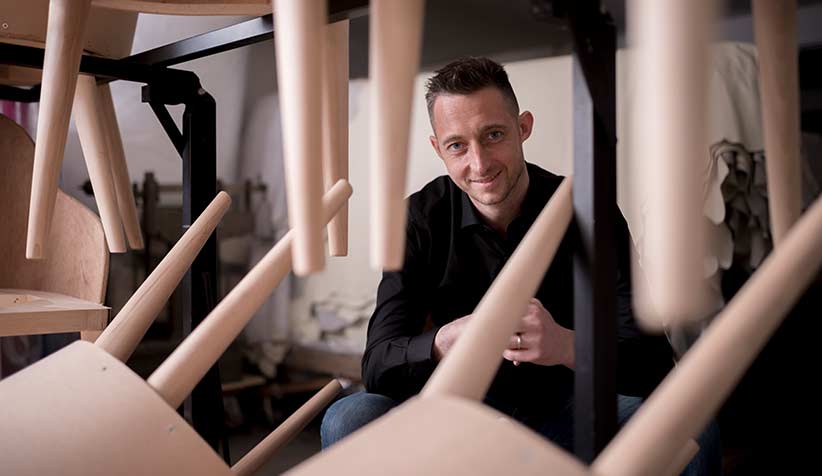 DISCOVER MADE IN MEDA ON THE BLOG #BERTOSTORY

Interviews and contributions of Filippo Berto and the foremost voices in the world of design interviewed on our blog. Read all the posts now! 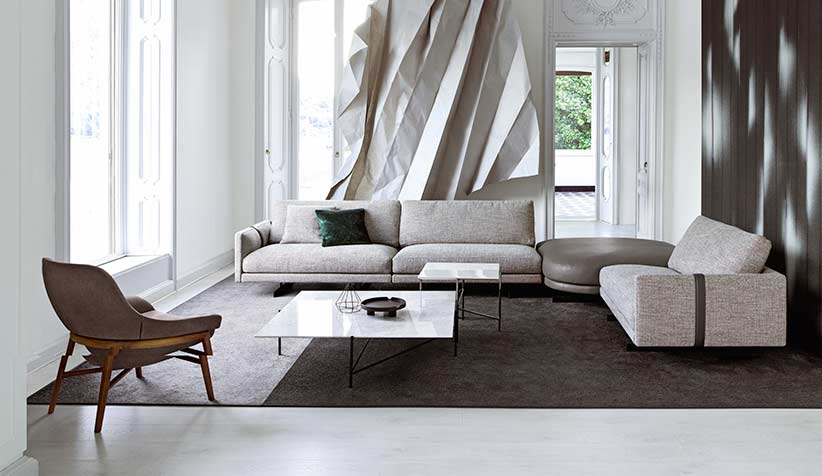 REALIZE YOUR MADE IN MEDA FURNITURE PROJECT

If you want to fulfil your Made in Meda Dream Design project, request your private consultation in the showroom closest to you!